Doing additions, augments, major maintenance, you need to thinking like this – Minister on water shutdown: Plans in place to beat longer cut-off

Doing additions, augments, major maintenance, you need to thinking like these people!!!

There is one great line in the story below – It (the work) began on Wednesday and is due to end Monday but when asked if the shutdown would definitely end on that date, Singh said in engineering there was a level of uncertainty.

Let me relate this to Paratus Rentals business, I divide what we do into three types of business:

1) Planned – we know we are going to need a rental generator in NYC starting on Wed in 6 weeks from now, you rent it, its delivered during normal business hours usually etc, etc. These are planned in advance for rental chillers, rental air conditioners all over the US could be NY, CT, NJ, FL, IL etc

2) Emergency/Disasters – a car hit a telephone pole, took out the power and damaged our transformer. They need a 500kw rental generator delivered right now regardless of weather, time etc and they need it hooked up right now because their plant, office, catering hall needs to be running today.

3) OOPs – this describes the line from the above, we have a planned major maintenance event, doing construction to add capacity or any one of a thousand scenarios where the plan does not or might not go as planned. We planned for a 6 day event but 4 days into it and it looks like it will take 8 or 10 days to complete – what do you do? I tell you what you don’t want to do – Not have planned for this in advance.

When an OOPs happens time is of the essence, sometime more so than when a disaster hits – how is not possible you ask, we just had a tornado what can be more important time sensitive than that? In major disasters the first response to is always search and rescue, then shelter, food, water, etc all come before rental generators to power an office building or rental air conditioners because a flood damaged the units.

Usually that OOP’s was associated with a project that had a completion date/time and that time is going to be missed so there is a finite time now to react which includes engineer a solution, source equipment, transportation to the site, labor to install and test and turn up before the OOPs date. The cost of an OOPs generally far exceeds the cost associated with Planned or Emergency events which is why you need to plan for these before an OOps happens.

This is where a company like Paratus Rentals shines. Water Resources Minister Ganga Singh knowing he might have a problem makes plans in advance he has water trucks readied and a way to deal with an OOPs. He might depending on what was needed contact a Paratus Rentals and have 1000kW rental generators on standby to pump water.

When you are planning a major maintenance shutdown, a refurbish or replacement project always have a plan that includes an OOPs factor, don’t let the OOPs catch you by surprise! https://paratusrentals.com

The Water and Sewerage Authority has contingency plans in place in case the current desalination plan shutdown, which has affected water supply to half of T&T, extends beyond the planned Monday cut-off date, Water Resources Minister Ganga Singh said yesterday. At yesterday?s post-Cabinet media briefing, Singh spoke about the shutdown, which is currently affecting water supply to 40 southern/central areas and 11 northern areas.

The desal plant at Pt Lisas (Desalcott) has been shut down to allow expansion work in the plant?s daily output by January. The work is expected to increase its daily output from 32 million gallons (MG) a day to 40 MG. It began on Wednesday and is due to end Monday but when asked if the shutdown would definitely end on that date, Singh said in engineering there was a level of uncertainty. He said Desalcott had indicated six days were needed for the work.

?And I hope they stick to that but I am wary of giving assurances that it will take place then,? he added. Saying WASA had contingency plans, Singh added the Government had been assured of a six-day job by Desalcott but could not give that assurance to the public. So far, he said, the company said work was proceeding to plan and there had been positive feedback for the first day?s operation.

Singh said a ten-point plan was in place to provide water to areas affected by the shortage, which had cut the overall local supply of 232MG a day by 32 MG. Affected areas which have been put on special schedules for the six days range from Ben Lomond to Hindustan among nine southeast areas; from Cocoyea to Fyzabad among 19 areas in the southwest; from St Helena to San Fernando among 12 south central areas and from Belmont to Santa Cruz among 11 areas in the East-West Corridor.

The south west, which has the most affected areas, will receive 47 million gallons and the north 28 million. Some 91 trucks are being used and truckborne supplies are being monitored twice daily. WASA has identified schools, medical institutions, Fire Services, cities/borough and key commercial districts as being among 172 critical customers. Bottled water and similar facilities have been arranged for schools, Singh said.

WASA is also linking with MPs of the various areas as well as other groups and stakeholders to ensure supplies keep flowing. Special effort is being made to ensure a 24/7 supply for Pt Lisas Industrial Estate. Singh said it took 300 MG of water to make a ton of methanol and without water Pt Lisas would not be able to operate. He said 19 MG from the Caroni plant would go to Pt Lisas.

Some 87 crews have also been contracted to do pipeline repairs. He said a pinhole breach on a Beetham line caused a 40-foot geyser to spout up into the air earlier this week. On the cost of the shutdown, Singh said the significant cost aspect would be water-trucking but costs would be worked out when the exercise was completed

The minister said a significant major investment was needed to replace and repair pipelines along WASA?s 7,000 km of pipelines, since leaks prevented supply reaching all consumers though more water was being produced. He noted there had been an increase in the percentage of the public receiving daily round-the-clock supply, from 18 per cent to 49 per cent. 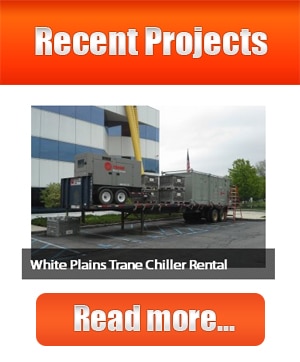